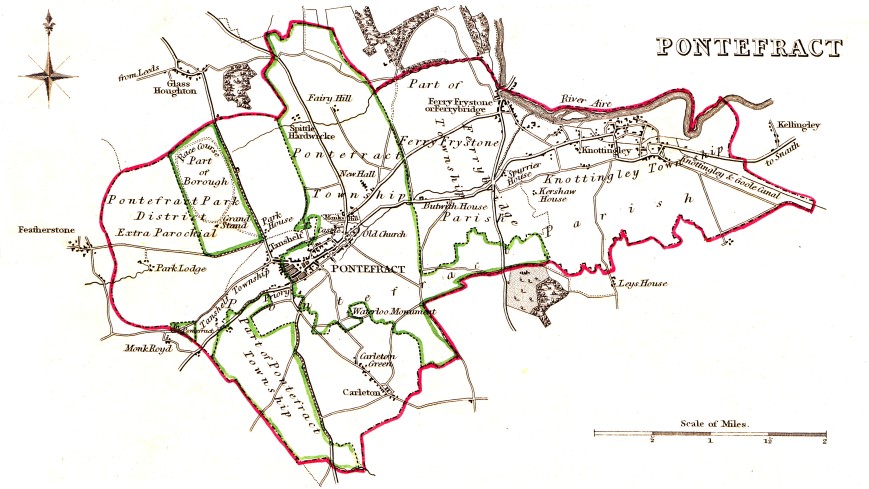 A new bill currently before parliament alters the rules governing the periodic redrawing of the UK’s parliamentary constituencies, most notably by replacing a requirement to limit the House of Commons to 600 MPs with a new fixed size, set at the current 650. But, as Ron Johnston, David Rossiter and Charles Pattie show, the new rules are just as likely as those they replace to result in major disruption to the constituency map at all future reviews.

In 2011, the coalition government passed the Parliamentary Voting System and Constituencies Act, which changed the rules guiding how the UK’s parliamentary constituencies are drawn up. Boundary reviews were to take place every five years (more frequently than before). Almost all new seats (with four exceptions) were to have electorates within +/-5% of the national quota (the average electorate). And the House of Commons was to be reduced in size from 650 to 600 MPs. To date, the Boundary Commissions have conducted two redistricting exercises under the 2011 Act. Neither review has been implemented: the first was lost to infighting in the coalition, and the second was tabled in September 2018 but has not yet been approved by parliament. The proposed changes they contained would have produced the largest shake-up in Britain’s constituency map in modern times.

Now the redistricting rules look set to change again. The Parliamentary Constituencies Bill 2019-21, published on 20 May, is now moving through its Committee Stage in parliament. It retains the requirements that all constituencies (with four exceptions) should have an electorate within +/-5% of the national average, but changes the number of constituencies to 650 – the argument being that with Brexit there will be more work for MPs, and thus a need for more of them, than if we had remained a member of the EU. If the Bill is passed, the Boundary Commissions will be required to recommend a new set of 650 constituencies by 1 July 2023 – in time for the next general election, due in May 2024. Subsequent reviews will then take place on a slightly longer timetable than under the 2011 Act – every eight years. END_OF_DOCUMENT_TOKEN_TO_BE_REPLACED

2018 has been an interesting year for the UK constitution, its institutions and those involved in studying or working within them. As the year draws to a close, blog editor Dave Busfield-Birch offers a roundup of the most popular blogs of the year, as well as a look at the reach of the blog through the lens of its readership statistics.

Obviously, Brexit has made this a very interesting time to work in political science, and the blog has benefited both in terms of increased general interest as a result, but also because there are niche topics being discussed in public now that would have generated little interest in other years. Few, for example, would have predicted in May 2016 that whether or not a motion in the House of Commons was amendable would become a hot political topic.

Below are our most popular blogs from the past year, as well as two personal selections from me, at the end of my first twelve months as blog editor.

This was obviously a tough decision, but if you were to ask me for my favourite post of the year, this would be my instinctive choice. Jeffrey Lazarus and Amy Steigerwalt discuss their new book, Gendered Vulnerability: How Women Work Harder to Stay in Office, which argues that women’s perception of a more difficult electoral landscape leads them to adopt distinct, and more constituent-oriented, legislative strategies than their male counterparts. It is a fascinating insight into the challenges faced by women in running for, securing and retaining office. A similar blog on the UK experience, entitled Strategies for Success, was written by Leah Culhane in November. END_OF_DOCUMENT_TOKEN_TO_BE_REPLACED

A major 2011 shake-up of the rules governing how the UK’s parliamentary constituencies are drawn has proved controversial. While the new rules deal with the long-standing issue of substantial inequalities in constituency electorates, they also threaten frequent major disruption of the country’s constituency map. But attempts to square the circle by revising the 2011 legislation seem stalled, and the new rules themselves have yet to result in new constituencies. Charles Pattie, Ron Johnston and David Rossiter offer their view of where we are, and where we should go from here.

Largely unnoticed outside Westminster, an important debate has been going on over how to redraw the UK’s constituency map. The current rules for doing so are enshrined in the Parliamentary Voting System and Constituencies Act 2011 (the Constituencies Act). But since the start of this year, two major proposals have been made to revise aspects of the Act. In February, the House of Commons Public Administration and Constitutional Affairs Committee (PACAC) published a report setting out its proposals (and in late May, the government responded). And a private member’s bill sponsored by Labour MP Afzal Khan, containing a different set of recommended changes is still making its way through parliament. END_OF_DOCUMENT_TOKEN_TO_BE_REPLACED

Proposals for new parliamentary constituencies have now been published by three of the four UK Boundary Commissions. Ron Johnston examines the nature of those recommendations and their likely impact, on both individual members of the current House of Commons and their parties. The Conservatives are likely to gain significantly over Labour as a result of the changes, but there is much debate over the electoral data that the Commissions have to use, as laid down in the rules approved by parliament in 2011.

The Boundary Commissions for England, Northern Ireland and Wales have now published their initial recommendations for new parliamentary constituency boundaries. These are implementing the revised rules for such exercises introduced in the Parliamentary Voting System and Constituencies Act 2011. An earlier exercise deploying those rules began in 2011 but was ended prematurely by parliament in 2013. That decision delayed the procedure by five years; the Commissions now have to deliver a final set of proposals for new constituencies by October 2018, which it is anticipated parliament will approve for use at the expected next general election in 2020.

Those new rules introduced two major changes to the United Kingdom’s electoral cartography, each with a potential substantial impact on the composition of the next House of Commons. First, the number of MPs is to be reduced from 650 to 600: England will have 501 compared to its current 533; Scotland’s contingent will be reduced from 59 to 53 and Northern Ireland’s from 18 to 17; Wales will experience the greatest reduction, from 40 to 29 MPs. The second change is that with four exceptions (two for Scotland – Orkney & Shetland and the Western Isles – and two for England – for the Isle of Wight) all constituencies must have electorates deviating by no more than five percentage points from a UK average of 74,769; all must therefore have electorates between 71,031 and 78,508.

The combination of those two changes accounts for the bigger cuts in Wales than elsewhere. Currently Wales has 40 constituencies with an average electorate of 54,546, compared to an average of 70,234 for England (excluding the Isle of Wight) and 67,416 in Scotland. Only one of the current 40 Welsh constituencies has an electorate within the specified range, and so the current map has to be completely replaced.

The Scottish Boundary Commission will not announce its provisional recommendations until mid-October, at the request of the political parties there.

END_OF_DOCUMENT_TOKEN_TO_BE_REPLACED

The boundary review process began last week following the publication of the electorate figures that the Boundary Commissions will use. Ron Johnston digests the numbers and looks ahead to the likely outcomes of the review. He suggests that, barring very large alterations in the patterns of party support, it is likely to enhance Conservative prospects in 2020.

An exercise to redraw the United Kingdom’s electoral map started on 24 February with publication of the number of people registered as electors on 1 December 2015. These figures determine the number of parliamentary constituencies allocated to each of the four countries and across England’s nine regions for the next general election (due in 2020), plus the size and nature of each constituency.

These allocations, and the subsequent redrawing of the map of individual constituencies, will use rules designed to ensure equality of representation across constituencies. They were introduced by the 2011 Parliamentary Voting System and Constituencies Act, which also fixed the number of constituencies at 600 (replacing the current 650). The Boundary Commissions’ initial implementation of those rules would have produced a new set of constituencies by October 2013, to be used for the 2015 general election. That exercise was halted by parliament in January 2013, however; it is now being restarted with no change to the rules.