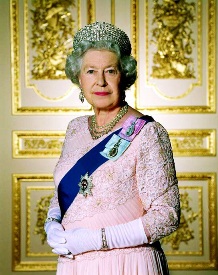 Post by Anne Twomey, Associate Professor at the University of Sydney Law School

Changes to the rules of succession will be one of the items discussed at the Commonwealth Heads of Government meeting in Perth on 28-30 October.  These changes include removing the priority given to males over females, and removing the disqualification of people from the line of succession if they marry a Catholic.

Not all Commonwealth countries have to agree to such changes, because most are republics.  It is only the fifteen other ‘Realms’, of which Her Majesty is Sovereign, that are potentially affected.  They range in size from Canada and Australia at one extreme to St Kitts and Nevis and Tuvalu at the other.

Westminster no longer has any power to legislate for these countries.  Any changes the UK makes to the laws of succession will not apply to those Realms, unless the local law of the Realm picks up and applies the British law, or simply identifies its Sovereign by reference to whoever is Sovereign of the United Kingdom.  In Tuvalu, for example, Her Majesty is Queen at the request of the people of Tuvalu.  The office of Sovereign extends to her heirs and successors, according to the law of Tuvalu, but in the absence of such a law, the British law of succession applies.   In contrast, in New Zealand, the Act of Settlement has become part of New Zealand law and can only be changed in its application to New Zealand by the New Zealand Parliament.  So unless the New Zealand Parliament changes its law of succession, the old law will continue to apply, regardless of any change made in the United Kingdom.

Matters become more awkward in the federations.  In Australia, whether the federal Parliament has the power to enact a law changing the rules of succession, or whether it requires the cooperation of all the State Parliaments remains debateable.  In Canada, the matter is even more uncertain.  A constitutional amendment in relation to the office of the Queen requires the passage of resolutions by both Houses of the federal Parliament and all the provincial legislatures.  It is unclear whether such a law would amount to a constitutional amendment.  However, if the consent of all the provinces is required, difficulties might arise in getting the consent of Quebec.

The United Kingdom is perfectly entitled to change its laws concerning succession to its throne at any time without needing the consent of any other country.  The ‘convention’ set out in the preamble to the Statute of Westminster 1931, which required the parliamentary consent of certain Dominions, is out-dated and arguably no longer applicable.  However, if the British Government places importance on maintaining a single law of succession across all of the Realms, then this may be more difficult to achieve, given the constitutional difficulties in some of the Realms.  The discussion at CHOGM will be an important first step in this process.

Mechanics of a Further Referendum on Brexit Revisited

Monitor 73: On the brink