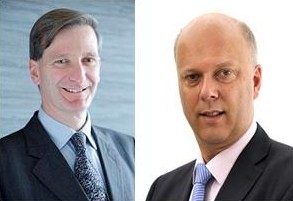 ”No one should be in any doubt, prisoners are not getting the vote under this government”. These were the words uttered by David Cameron at Prime Minister’s Questions nearly a fortnight ago. It was in response to a question by Labour backbencher, Derek Twigg MP, as fresh revelations emerged that the UK Government may be forced to partially repeal its ban on prisoner voting (PV). Only two hours earlier, the Attorney-General, Dominic Grieve QC MP, stated something quite different. Appearing before the Commons Justice Committee, the Government’s ‘top lawyer’ insisted he had “…absolutely no doubt it [ignoring a 2005 European Court of Human Rights (ECtHR) ruling on PV] would be seen by other countries as a move away from our strict adherence to human rights laws.” And that such an act would possibly see a UK exit from the Council of Europe for good.

This apparent tension in rhetoric is of great interest to us here at The Constitution Unit. Though our current Human Rights Act and Parliament research project is more domestic in scope, action by the UK Government to come into line with Strasbourg‘s previous rulings in the case of PV internationally would also be momentous domestically. It has been seven years since a ECtHR ruling (Hirst v United Kingdom (2005) 42 E.H.R.R. 41 (ECHR (Grand Chamber)) (and five years since a UK ruling (Smith v Scott (2007) Registration Appeal Court (Scotland); CSIH 9)) interpreted Section 3 Clause 1 of the UK’s Representation of the People Act 1983 as breaching am individual’s  right to participate in free elections (Art 3, Protocol no. 1 ECHR).  A fresh call by the ECtHR this May has added new urgency to Hirst. In Scoppola v Italy (No3 [2012](ECHR (Grand Chamber), the UK was given six months to bring forth legislation to implement a partial repeal of its ban – possibly adding offenders of ‘petty’ crimes or those on the road to rehabilitation to the franchise.

This burgeoning impetus and willingness by Grieve may peter out, however. One substantial hurdle is time. As Patrick Wintour noted, a draft Bill originating from the Ministry of Justice will most likely take two years to pass. This would bring the measure under close scrutiny by an already euro-sceptic electorate at the next election.  The second greatest hurdle is Parliament. When senior Tory backbencher, David Davis, and former Labour Lord Chancellor, Jack Straw, tabled a motion in February urging Ministers to defy Hirst, it was moved by a vote 234 to 22. One suspects the Coalition Government does not want another sizeable EU-related rebellion on its hands.

To conclude then, while Grieve has given fresh hope that this Government will grasp the PV-issue by both hands, the task of shifting an intransigent Prime Minister, Parliament and electorate away from its PV scepticism is huge.  As he and Lord Chancellor, Chris Grayling, have acknowledged, however, the legal implications of inaction could also potentially be disastrous. This chapter in the PV saga has therefore served to expose a key dilemma facing Grieve and Grayling: to remain politically defiant or push ahead with reform.  Which route will they take? The Attorney General and Lord Chancellor have until the 23rd of this month to decide.