As  noted in our Monthly Update, an English priest has recently
suggested that 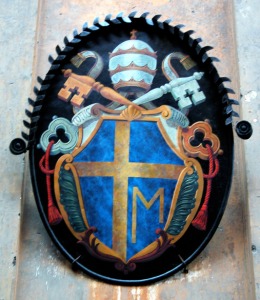 the Vatican should consider implementing a Freedom of Information (FOI) law.

Father Alexander Lucie-Smith raises an intriguing, but sadly fanciful prospect. FOI is fundamentally a tool for citizens to hold their democratically-elected officials to account. Setting aside the obvious problems with that sentence vis-à-vis the Vatican, in practical terms the core issue would be one of administration.

Lucie-Smith writes that FOI legislation would help dispel the myths and conspiracy theories surrounding the Catholic Church and make it “harder to claim that the Vatican was addicted to cover-up.” As those making these claims are from outside of the Vatican state, our hypothetical “VFOI” would need to be similar to the UK law and allow non-citizens to make requests. Yet while the rest of the world doesn’t care enough about Britain to inundate our public servants with FOI requests, the Catholic Church has a somewhat larger ‘fan base’ with an estimated 1.181 billion Catholics worldwide.

The Constitution Unit estimates that local government in England received approximately 196,000 FOI requests last year. Obviously many of those came from the same source, but as a very (very) crude calculation, that is equivalent to 0.4% of the population of England each sending a request. If 0.4% of Catholics were to contact the Vatican, that would amount to 4,724,000 information requests a year!  Of course, that’s not including groups such as HIV/AIDS awareness campaigners, human rights activists, in addition to the contingent of conspiracy theorists, militant atheists, and countless others who would no doubt flood their inbox with questions, legitimate and vexatious. In short, due to the sheer scale, “VFOI” would be a massive cost sink and a bureaucratic nightmare.

The Vatican state is the smallest in the world, with a grand total of 832 citizens, all of which are in the employ of the state in one manner or another. Consequently, the only citizens to hold officials to account are other officials, and so any sort of “domestic” public disclosure would amount to “whistleblowing”, such as the current – most likely politically motivated – “Vatileaks” scandal. It could be that what the Vatican needs is not Freedom of Information, but something closer to the Public Interest Disclosure Act which affords protection to whistleblowers from their employers, subject to a public interest test. However, in a state without a public, what is the public interest?