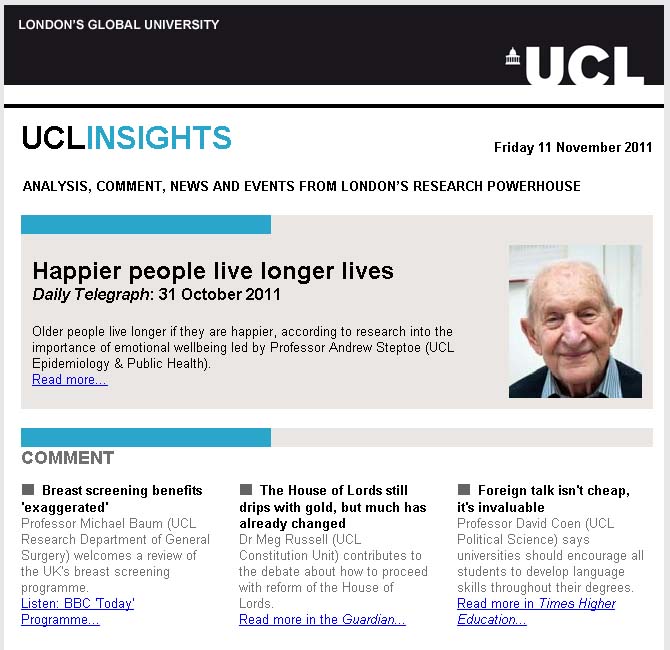 This was the subject of a debate at UCL last night, where leading figures from the yes and no camps met alongside electoral experts and UCL students to argue the point.

For the yes side, Billy Bragg and Katie Ghose argued that the referendum provided an opportunity to offer greater choice to voters, to combat the sense of disenfranchisement among those who do not identify with the parties likely to win under first past the post, and to challenge MPs to target the wider population rather than swing voters.

For the no side, Jane Kennedy and Charlotte Vere called AV a timid reform, a shield for Liberal Democrat unpopularity, and a change that far from combating safe seats would just make different seats safe.

A third camp too emerged, of those who didn’t care for AV or FPTP, but wanted change of a different kind. For them different questions were important: if AV passes, will it be the start or the end of reform? Is AV a compromise worth making?

A quick poll at the end of the night indicated that the vast majority of those attending were in favour of the change to AV, but with a little under a month to go, it’s still all to play for. Last night showed how much we need this debate so, what do you think? Whether you think AV is progressive or regressive, a step towards or away from greater democracy, a political fix or a non-event, let us know…

Will discuss the European-wide research on the topic presented by

UCL Legal and Political Theory Forum provides an opportunity for distinguished academics, politicians and others working in the public policy sector to debate the philosophical issues underlying current debates in public policy. This year a panel of notable speakers will be discussing the coalition government’s proposed cuts to the welfare state: Farewell welfare? Does a fair society require a welfare state? If welfare cuts are needed, how can their fairness be ensured? Can it ever be fair for cuts to hit the poor hardest? The Forum will be chaired by Professor Albert Weale (UCL School of Public Policy), and we are pleased to announce that speakers for the event will include: Jon Cruddas MP (Labour MP for Dagenham and Rainham) Dr Belinda Brooks-Gordon (Birkbeck; Lib Dem Councillor for Cambridgeshire)  Dr Stuart White (Oxford University) Max Wind-Cowie (Head of the Progressive Conservatism Project at Demos) Professor Jonathan Wolff (UCL)

The Forum will take place on 22nd March at 6.30-8.30pm in the Bentham Main Lecture Theatre, Bentham House (Faculty of Laws), and will be followed by a drinks reception in the School of Public Policy building, 29/30 Tavistock Square. No reservation is required, but we advise that you arrive in good time to ensure yourself a seat.