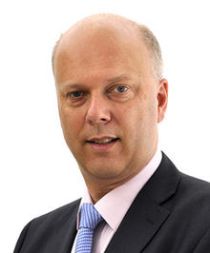 When the Constitutional Reform Act 2005 was being drafted, nearly a decade ago now, one of the issues considered was referred to as ‘The Blunkett Test’: how would the new arrangements work if David Blunkett – a non-lawyer known at the time for his willingness to engage in publicity-friendly criticism of judges and judicial decisions if it made political sense – were made Lord Chancellor? The abstract question was about how to design the new constitutional arrangements so that they could survive bad personal relationships as well as good.

The Blunkett Test has so far been academic as the new style post-2005 Lord Chancellors (Lord Falconer, Jack Straw and Ken Clarke) have all been lawyers with obvious natural sympathy for the judiciary. As a result of yesterday’s government reshuffle we may now see something like the Blunkett Test played out for real. Ken Clarke, perceived to be too far to the left of his party on issues like human rights and prisons, has been replaced as Justice Secretary and Lord Chancellor by Chris Grayling, perceived to be further to the right on these points. But it’s not Grayling’s political attitudes that might be problematic but rather his status as a non-lawyer and a politician ‘on the up’ as Joshua Rozenberg puts it in an interesting analysis. Clarke, a barrister and an old-style political heavyweight with (one assumes) nothing left to prove in career terms, had little incentive to score political points at the expense of judges. Grayling might be tempted in his new position to make his mark by, for example, criticising sentencing practices and by doing so sour the very close working relationship he will need to maintain with senior judges. A young ambitious politician in the role is, indeed, exactly what judges have feared since 2005.

Lawyers have an unfortunate tendency to assume that non-lawyers cannot be trusted with the law and have difficulty understanding legal culture. Grayling has been in the job barely 24 hours and as such is an unknown quantity. Nonetheless, the transition will be worth watching. Since 2005, the division of responsibilities between the Home Office and the Ministry of Justice has seemed to work out as a sort of ‘good cop, bad cop’ with the incumbent Home Secretary making tough noises about terrorism, rights and so on and the incumbent Justice Secretary making more emollient sounds about the importance of the rule of law and due process. If the new Justice Secretary is more naturally sympathetic to the Home Office position, this may alter the balance.

One thought on “The Blunkett Test”