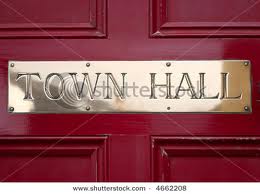 Our new report on FOI and local government concludes that the FOI Act has made councils more open and transparent. Each year more and more questions have been asked with request numbers rising from around 60,000 a year in 2005 to nearly 200,000 in 2010.

Underneath the media headlines about senior officials’ salaries,  investments and the cost of dying, FOI is being used more quietly, day-to-day, by the public to find out about things that matter to them; allotments, parking, speed bumps etc., as you can see in these records of requests  here and  here (this one also lists requesters by type). Businesses are using it to keep one step ahead of the competition and national and local pressure groups are making FOI requests on all sorts of topics from zoo licences to libraries. It may even have helped to uncover a murder.

Some councils are more open and more at ease with FOI than others. A few have resisted and played games. Many are concerned it’s being ‘abused’ by businesses and journalists. Most of all officials are worried about how they will cope with rising request numbers with fewer resources.

Since January 2011 councils have published all their spending over £500 on their websites (see here). The government hopes this will give transparency an extra push and also motivate ‘armchair auditors’ to check where and how councils are spending and misspending our money. The response has been mixed. Some councils have had no interest in their data, while elsewhere local newspapers have exposed controversial spending on string quartets or libraries , as have a  few national newspapers . One official said the benefits are internal, as it has allowed councillors to understand their own budgets.

FOI and Open Data are working more and more closely with new online innovations, that allow data to be ‘mashed’ and sifted, and hyper local sites that serve as a platform for residents to talk about local issues. However, it remains to be seen if new technology and further local government reform helps or FOI or if it will be undermined by dwindling resources’.